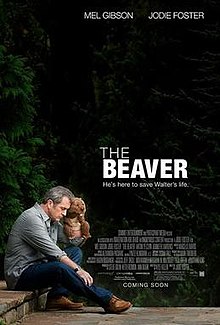 It’s a dark comedy movie about a troubled husband and executive who adopts a beaver hand-puppet as his sole means of communication. It might seem a little bit like a silly premise, but there is much more to the movie than that. It currently holds a 6.7 rating on IMDB and a 61 % score at Rotten Tomatoes. Many consider to be more of an emotional drama movie than a comedy. It also for a long time hold a spot on The Vore’s Top Comedy Movies to watch on Netflix but lost it this year. Also read the NYTimes Review.

If you would like to watch The Beaver online, this are your streaming options:

– The Beaver on Netflix

– The Beaver on Itunes

– The Beaver on Amazon Prime

– The Beaver on Vudu

Watch the Trailer of the Beaver: